INSULATING PITCHED ROOFS
The pitched roof is the characteristic roofing solution of residential buildings, which allows for the full utilization of the space bounded by the roofing. In order to provide lasting comfort for the interior space, decrease heat loss, and avoid condensation, the professionally designed layer structure containing an efficient thermal insulation is key.
The efficiency of the thermal insulation prevails only if the thermal bridges are eliminated. The pitched roof’s thermal insulation above the rafters draws the whole roof into the insulated building envelope.
The application of high strength RAVATHERM™ XPS 300 STG thermal insulation installed onto the upper plane of the roofing in a way to make a continuous surface has a number of benefits:

INSTALLATION
RAVATHERM XPS 300 STG plates that are mounted parallel to the eaves. Starting from a plank with its height matching the thickness of the thermal insulation, should be laid down in an offset binding with a tight fastening. The placing of the thermal insulation must be started at the eaves. The plates must be placed in a brick bond, shifting the joinings in the subsequent lines, tightly fitting the interlocking bonds, thereby eliminating the formation of thermal bridges. In the case of ridges, roof superstructures, the gaps between the joints must be filled with PUR foam. The counter battens must be drilled beforehand, preventing their cracking or splitting by using fastening elements. The fastening elements of the thermal insulation and the counter battens must be determined by the designer.

The fastening of the RAVATHERM XPS 300 STG plates is done using high strength galvanized nails or screws through the predrilled, at least 50 mm thick counter battens, based on the fastening plan prepared by the structural engineer.

HEAT INSULATION FOR REINFORCED CONCRETE PITCHED ROOFS
RAVATHERM XPS 300 STG plates are suitable for simple, quick, thermal bridge free thermal insulation of pitched roofs with reinforced concrete structures. Its main advantage is that similar to the inverted roof, RAVATHERM XPS 300 STG does not require any protection against rainwater or snow during implementation.

The closed-cell polystyrene foam plates must be laid down starting from the lower edge of the slanted slab in a way to make a continuous surface, in an offset binding based on the fastening plan, anchoring them to the reinforced concrete structure through the predrilled counter battens. 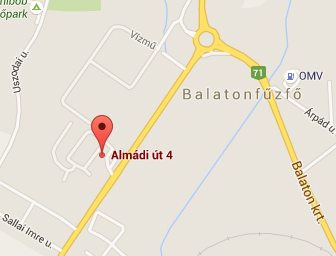